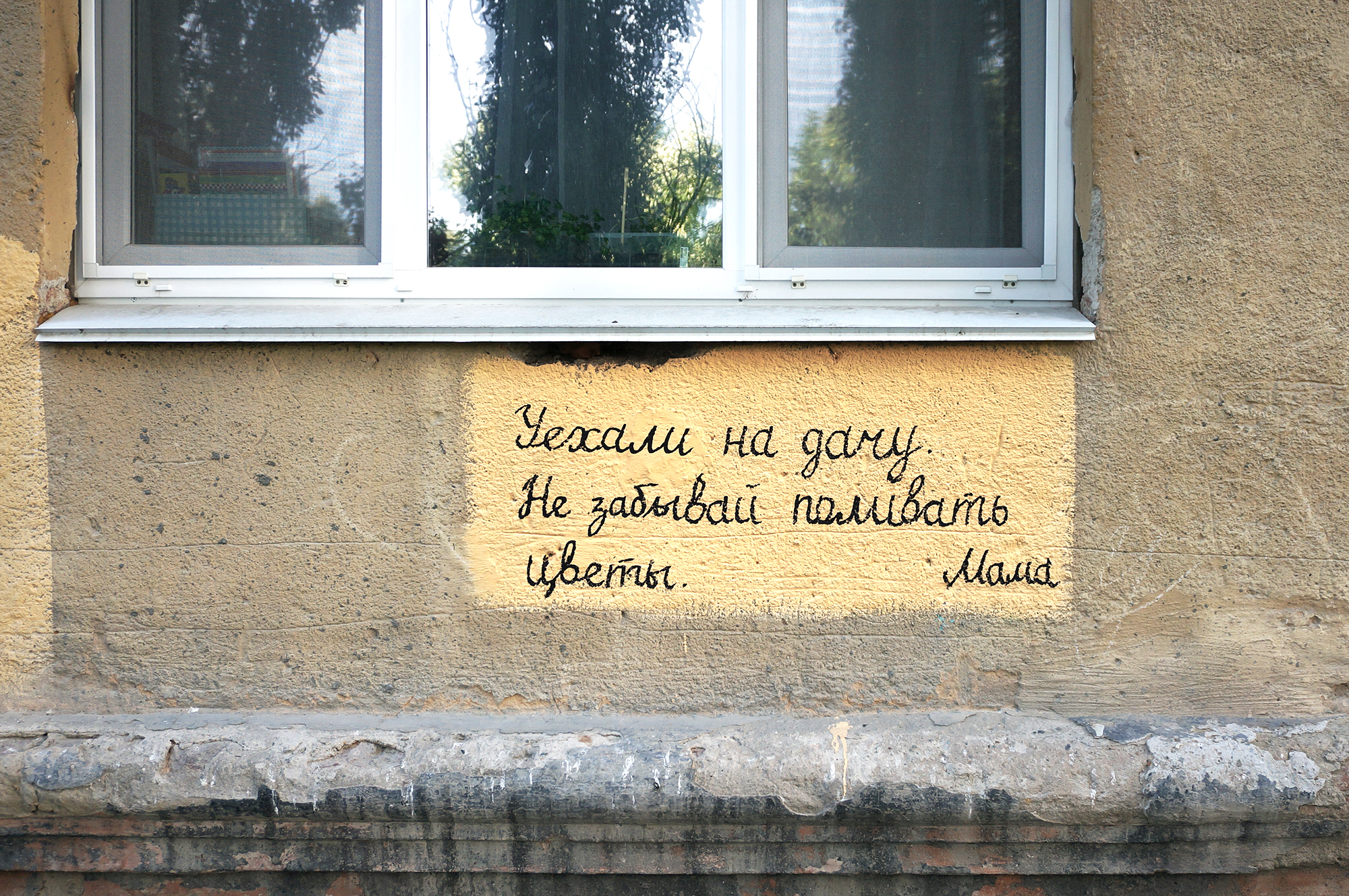 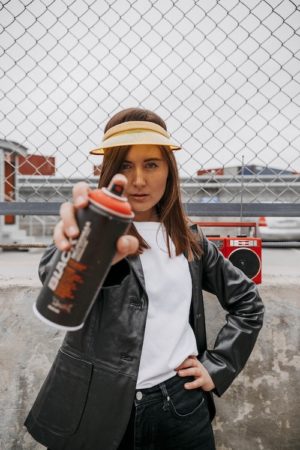 When anxious, restless, and unclear. When awkward or clumsy. When it’s chilly.

Suddenly a note looks from the wall:

It doesn’t matter what kind of bayonet it is and why you have to be like it. You are free to go for a walk!

The warm sweet memory instantly hits the neural ties. It was Lena Shubentseva who left the? message – her mother advised it.

An appeal to industrialism, awareness of its scale and the price paid for it, family embedded into the space of the Ural history and a clear attachment to the roots – (all) this, according to Lena, is a special form of quivering provincialism that Ural encompasses. Yekaterinburg is a short story of Lena’s roots. They were roughly chopped off by the previous century. Fragmentary, elusive, this history of a family, and behind it the history of the city, region, country, pours out into messages on the walls, turning the chilling secrecy of their lead-industrial past into the diary warmth of the artist’s memories. The forgotten mundane truths get back to the walls like a boomerang.

Provinciality for Lena is an ability to tame space, appropriate potholes in the sidewalk, and make trails on a frozen pond private. The urge to domesticate the wild urban environment draws Lena to the street. Street art in a partisan manner seizes territories without declaring war. The artist is not at all afraid of the inevitable fate of her works – they become a victim of the art group, which many know as ZhEK (public utilities office). It is more politically correct to make new colleagues the heroes of your project. You can beware of everyday life, but it is better to patch it up with love.

Every Lena’s statement reconstructs a dream. The series “Mom’s Notes” does not give direct quotations, but rather makes the artist’s personal past poetical. Mom left her notes, in which Lena did not feel enough warmth. Now Lena’s own notes warms up a huge number of people. It turns out to be a pure simulacrum, a copy without the original, recollection of an absent memory that everyone shared.

Feed the cat and eat. Mama.

This memory (in the form of notes, murals, drawings) turns out to be stronger than the fear of being caught or misunderstood. It outlines the areas of missing memories with a dotted line.

In one of such zones – in the yard of an ordinary house – cars hang to dry on a transformer booth. They are hung like carpets, as if waiting for someone to come and beat them. This is a beat from childhood, when the monochrome yards of the Khrushchev buildings were stained with spots of colorful linen, and the chatter of neighbors spilled in the winding labyrinths of ropes under the blows of the wind.

As before, Lena hangs up … cars, offering to dry them and free the yards of our childhood.

Although, the yards are just the backyards of the streets, but only there you can hide from the unblinking eyes that escort all passers-by along the Lenin Avenue that shamelessly peer into the depths of people’s thoughtfulness. These are again the tricks of Lena Shubentseva: the sighted lanterns transform into frightening watchers.

And in winter, on a frozen pond, one may find a mischievous invitation to walk along the street named after My grandmother, turn onto the Avenue of Good People, and slip to the Boulevard of the First Love. Lena invites you on a journey through memories that are very personal for everyone. However rare her statements are, their accuracy, clarity and metaphor make Lena’s dialogue with the city ongoing and alive.

Lena says that she goes outside only when she cannot help it. She draws energy in the implementation of ideas – akin to catharsis: “When you return home at dawn, you literally fly, elated and strong.”

It sounds incredible, but very touching phrases on the walls create this power. Perhaps, the essence of mother’s messages still warms the soul, or, on the contrary, the bureaucracy of our everyday life turns the soul sour, anyway, today Lena’s new project “Gobbledegook” appears in the city streets. She sarcastically ridicules the absurd communication with the state machine, which mixes people into a homogeneous mass and is unable to take a step without regulations.

(Notification. I have decided to notify you of the existence of the present document at the specified address. With all my due respect, street artist, Signature)

(Notification. I hereby express my deep concern regarding the preservation of this notification for any length of time. With all my due respect, street artist, Signature)

The power of Lena’s words lies in this contrast with the regulatorily imposed and humbly accepted bureaucratic style of communication and thinking. It made its way into lifestyle, grabbed a stranglehold on the throat of Ural and doesn’t let it breathe. Lena, on the contrary, with the help of semantic games, gentle humor, and vivid imagery, speaks directly to a person that put his head up from the mechanical mass hearing the voice of living art. Lena Shubentseva’s appeals hit the target unmistakably. Was it because her mother had advised her?