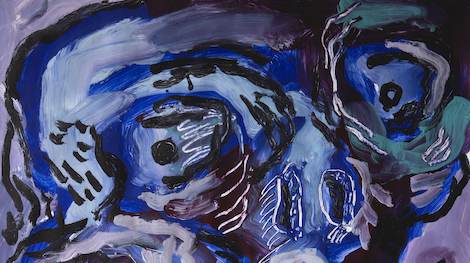 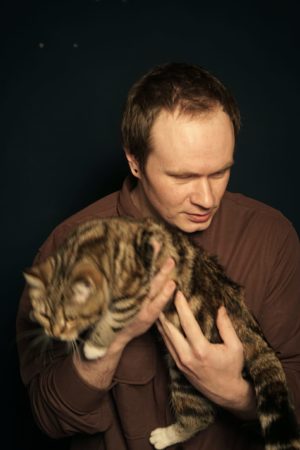 Repeating the language of rituals

These are the words that a German writer, critic and art theorist Carl Einstein wrote in red pencil on the folder cover, in which he collected his notes on art. His voluminous work was not destined to become the “Reference Book on Art” – Einstein departed to the front line of the Spanish Civil War, where he fought among partisans, then returned to Paris, which was soon occupied by the Germans, and later in 1940 he hanged himself near the border with Spain.

In Russian art criticism, Сarl Einstein is rarely mentioned, although his works have greatly impacted the discourse that developed around the art of modernism. In 1915, he published a book called “Negro Sculpture”, the first text about African art, which inspired almost all modernist artists with its immediacy, novelty and connection with the archetypical. This text was actually the first to identify this connection, and in broader sense – it became the study of plasticity as a model of perceiving an object in modernism art. It is exactly in that book appear almost all of the notions enlisted by Einstein on the cover of the folder – keywords, or concepts, which he would explore in the context of modernism till the end of his days.

Following the list word by word, one can analyze the works of Alexander Bazhenov: start in this zine, continue – beyond its boundaries. Bazhenov is a young artist from Yekaterinburg, who is separated from the modernist revolution in art by more than a century, by world wars, powerful technological development, the 4th industrial revolution, post-information society and several revolutions in art itself, which seems to shift completely from the image on a surface to the object, installation, and process. Can we say that appeal to these concepts is still relevant? Or is it relevant again? The fluid temporality of the present seems to suggest a more convincing approach: rather say, now there is nothing that could not suddenly become relevant.

One of the topics, which Carl Einstein actively debated in his texts, was the casuativity of linear time when one thing inevitably follows the other and leaves the preceding one. He contrasted this with repetition – the tautology stands first in the list of his keywords. This is increasingly surprising since today’s approach to modernism is based on the concept of progress, novelty, and linear development. “To do something new” is what people say about the modernist art, opposing it to postmodernism and other post-war trends. However, Carl Einstein pointed out the contrary: the art of modernism, in general, is the endless repetition of the same topics and methods (broadly speaking, repetition of a certain artistic language), their abundancy and development come precisely from repetition.

Alexander’s works are also tautological, even excessive. He began working with painting (paper, canvas, banner, a wide variety of paints) in 2016 – and since then in his new studio on Dekabristov street there is a pile of paintings, which he shows easily and quickly: on the floor as if flipping pages. There is such an abundance that it is impossible to examine them carefully and thoroughly, and it makes no sense – the imagery of these works reveals itself by means of this peculiar gesture of scrolling rather than by careful peering, whiles in different works a viewer is noticing regular plots, figures, and compositional elements.

After looking through Bazhenov’s paintings, they seem to start splitting into series. Many of the series are comprised not due to the original author’s idea, but rather due to an artistic impulse and circumstances — the presence of some kind of paint and color palette, paper of a certain format and density etc. The boundaries of the series are blurred: one gradually merges with another, images, compositional and coloristic solutions wander from work to work, develop and transform.

The main elements of these works are the image and composition, which can be called intentionally primitive, elementary, referring to something simple and basic. A face, body, person, flower – these are the key elements that are repeated with slight variations on all canvases. Sasha says that he finds intentional simplicity (not ease) of these images important, it refers to the archetypical – to what seems familiar and is easily guessed without a hint. A face or a flower is always composed from the same lines. Or – the figure on the monumental painting “The Mines” at the corner of Vayner and Malyshev streets (as part of the “Bazhov Fest”, 2018), is created by one swift line resembling ancient paintings on rocks – this is the simplest form that is consciously reduced, which gets rid of expressive elements, turns into a sign.

The basis of this work is the ornamental nature of decorative mosaics, which is a customary method of interior and exterior design in the Urals. Bazhenov deliberately breaks the tradition by creating a semi-abstract composition. Huge bright canvases are embedded in squares prepared for decorative elements on a dilapidated, gray House of Science and Technology, which now is an ordinary office building. These works are far from being called decorative – they do not decorate and, it seems, only emphasize the ugliness of the building, which had attracted no attention earlier; they fit too well into these squares merging with their simplicity and primitiveness into the unpainted walls.

One of the last Sasha’s works is a pop-up card with a project of a sculpture, which can be folded as origami right in the book. This sculpture is a screaming face, and a cry here is expressed by the same primitive elements as the simplest contours of a person. A cry – is something non-humane breaking out of the depths of the unconscious – almost like Munch. Formally, it is also done very simply: a few elements-lines, devoid of volume, unfold into a screaming face (an image present in other works of Bazhenov).

Tautology is perceived on a different level in Sasha’s works – on the historical one, the level of continuity. And if the first modernists used the art of the colonial countries and drawings of schizophrenics as the main resources of such simple imagery, Sasha still relies on the methods, whiles the sources are mediated. In images and color palette someone may recognize the influence of the Ural artists Misha Brusilovsky or Vitaly Volovich, someone may recall Moscow nonconformists like Vasily Yankilevsky or Vadim Sidur, someone may dive deeper and recognize Arshile Gorky or Jean Dubuffet. Everyone will be right and wrong at the same time – there are no direct references to a specific author, it’s an (unconscious, so to speak) image of “modernity”, where it’s impossible to find out the roots of this or that element. The pseudonyms of Bazhenov also contribute, as they appear in his paintings in different places. Only “Sasha B.” is quite comprehensible, the rest — Peter Shaly (the very first one that Sasha no longer uses), Paul Pauk or “1923” — also refer to the modernist tradition, but have no definite meaning, and some works bear no signatures at all.

If you ask Sasha about his favorite artists, he is unlikely to call at least one of the names mentioned above. His sources are no longer specific and well-known surnames, rather, keywords that start an endless journey on “Pinterest” or other visual image aggregators, where one can find new authors and images. In the space of the Internet, where everything exists on equal terms and synchs, the inherent features of modernism take on new meanings – the absence of rationality, the “direct speech” of a schizophrenic becomes strange, or better say weird – e.g. like with Hieronymus Bosch’s works, which were spread around in demotivators popular in the “Suffering Middle Ages” online group.

The practice of constant repetition is also opposed to the search for ideal form, rather, on the contrary, it resembles the process of “unlearning”, forgetting form. And this is characteristic of both Sasha’s paintings and posters, which were shown as part of the Main Project at the 4th Ural Industrial Biennale of Contemporary Art. This media appears not by chance – he works as a designer and creating graphic ad is his routine, everyday business. Turning an advertising form into an artistic one devoid of functionality, he applies the same methods as in painting. The modernist language with its plasticity of analog form is translated into the digital plane. These posters also comply with the logic of weird. Constructed on the basis of design layouts (somewhere a fragment of a phrase appears, somewhere – advertising elements), they in fact advertise nothing and turn into a meaningful snag – there is no other sense other than visual.

The works of Sasha Bazhenov embody the modernism, which preserves a method and looks for new existence in the current situation; the expressionism, which expresses nothing, but keeps only a pure gesture of expression. Paradoxically, this does not indicate another crisis of the approach, but constitutes almost the only form of its modern existence.