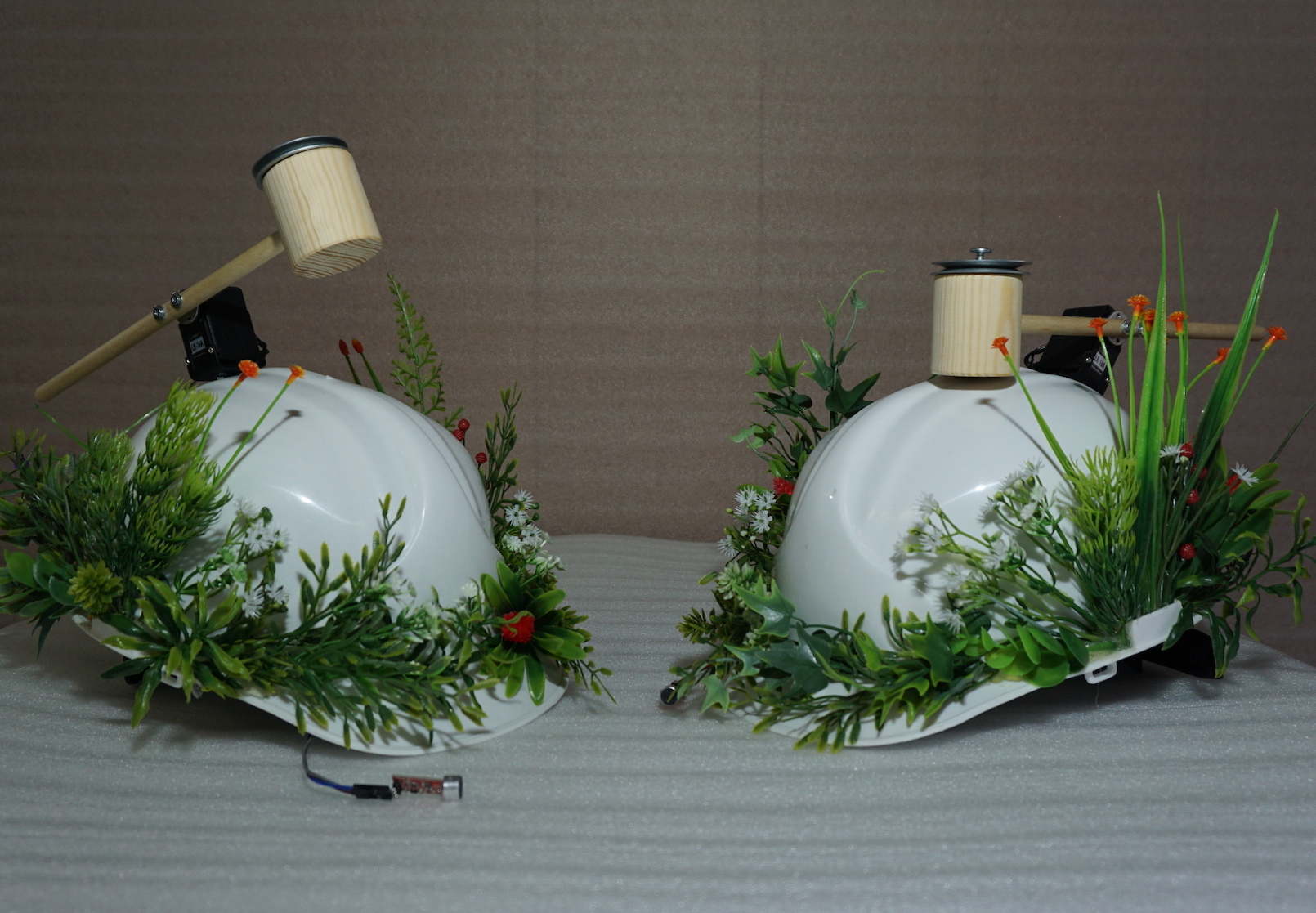 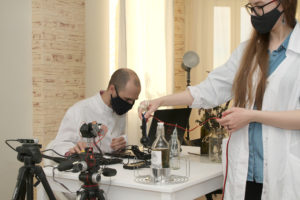 Art critic Anastasia Krokhaleva admits that technology stirs especially stormy feelings in her, inspires and leads. Whiles engineer Denis Perevalov have mastered literally all media tools and considers technology to be a clear language and an accessible resource. Members of the art group Endless Attractions Museum.

Museum. “If an institution does not choose you, then make your own,” – with this statement Anastasia Krokhaleva and Denis Perevalov accord. In 2018, they showed the installations Microcosmos and Cocoon at the “Electromuseum in Rostokino” gallery in Moscow, after which the EAM project took shape. Perhaps, only a reverent attitude towards artifacts unites EAM with a conventional museum. Artists collect “facts of art”, analyze, archive and preserve them, by putting them on the “cards” that register museum objects and thus create their works. Hereby the “facts of art” we mean objects and phenomena, memories, dreams, utopias that require to have a voice in the new world; that save important things from the past.

Endless. The characteristic taken to the title looks more like a promise to invent a perpetuum mobile, though nothing moves forever. But it is motion that the collective manifests as a necessary property of art. Motion also imposes complex tasks on the authors that demand a clear outlined course of actions and strict adherence to it. The EAM’s art of acting does not leave time for pondering about an object, for careful observation or interpretation on the spot. Not having time to come to their senses, viewers accept the rules of the game and their role, they automatically become part of the super action, but in return loose independence. Viewers become ultimately controlled in VR projects (“The world is realized through the eyes of a living person”, “And my dream escaped my eyes”).

Attractions. For the EAM entertaining ease is an insidious trap: it camouflages a prescribed course of action, failure to comply with which paralyzes their art. On the contrary, the consequent execution of instructions launches the process: press, hold, bring, take, watch. This is how an attraction starts! In return, viewers are deprived of their freedom and step into the area of numerous author’s manipulations.

The visual appeal, or, using the museum language, attractiveness, of the EAM’s works is predominantly based on the anti-artistic aesthetics. For example, the collective sets up open functional constructions and technoskeletons (“Zen for AI”, “Mistress. Present days”) or places artificial plants in unusual environments, thus creating visual conflicts that sometimes raise the degree of kitsch (“Second Nature”, “Ethical helmets “). The artistic possibilities of light were manifested in early works – light was flickering and unstable (“Microcosm”), functional (“Get the drone”) and indicative (“The Threshold between Worlds”).

In recent works, the attraction of visual generosity and technological abundance is gently giving way to minimalism. Outward simplicity is compensated by the active role of a viewer, who is called upon to launch art.

Today, the Endless Attractions Museum creates chamber works – “techno-buffonades”, as the artists call them. In those the authors appeal to folk culture and stereotypes, work with human vulnerability and an irresistible faith in technology. For example, “Ethical helmets” control their owner’s behavior: if one suddenly forgets his internal censor and interrupts the interlocutor, a hammer attached to the helmet will immediately remind him of good manners. In “Cosmovibrationum” the pattern of lines on the palm is scanned and transformed into a unique sound, and there can be no error in this new palmistry, because science is not a fortuneteller and does not lie! In the performative work “InnoHair”, which is called by the authors a mobile laboratory, extrasensory perception is criticized, but at the same time the objective and undoubted benefits of traditional folk medicine are declared. By the way, artists rank themselves among those who believe. In “Angry Bots” the system is utterly humanized: the authors create a chat in Telegram, where opposing and oppressed bots can write, claim their rights and receive trade union support. In these self-ironic projects Anastasia Krokhaleva and Denis Perevalov seem to have completely stopped dividing between the world of people and machines, they are dehumanizing the former and humanizing the latter, bringing them together in dialogues. This is how the “Endless Attractions Museum” simulates the technological future that cannot exist without the artifact past.