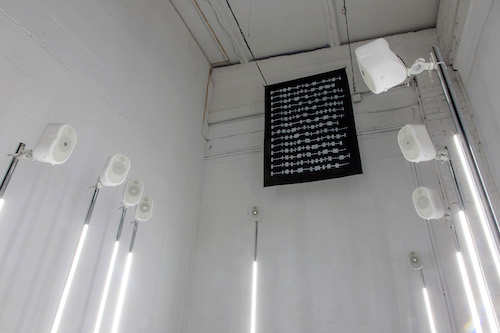 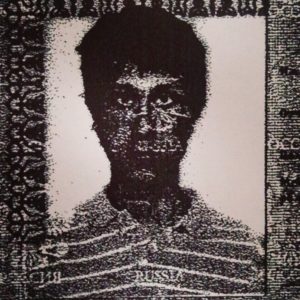 Scattered thoughts about the artistic practice of Andrey Chugunov

I remember the first time listening to Andrey’s music, who works under the pseudonym 873hz. At one of the “Music Nights” in Yekaterinburg, he played live at the Ural Vision Gallery. Andrey played something like noise, industrial or drone. I consciously listened to this sort of music for the first time. What I remember about that concert: gray color, cold floor, vibrations of low frequencies pass through the body, and a rumble that hurts in my head.

Andrey nominates himself as a contemporary artist, having invented a ritual for himself – the burn of symbolic objects. In the “Purification” he burns a passport, bank card, heart, hair, stones and a notebook. By such a meaningful (and self-constructing) beginning of the artistic practice he independently outlined its beginning and immediately manifested a system of values: work through renunciation, choosing “symbols” for burning deliberately bluntly. And then – study to become an artist (1).

The following works – at least which Andrey shows on his website and generally – are busily continuing artistic self-exploration. The “Between” probes the boundaries with the other, “Total Tolstoy” ponders about self-identification through someone else’s / your own experience.

Andrey says that musicality is not his thing; he moves away from it. He has engineer knowledge of sound – knowledge of musical notation and technical performance. I read and listen about sound, noise. I learn about the conflict that exists in the field of sound art: often it is subordinate to the visual, and artists are looking for different options of its autonomous existence. Catching on to this thought, I revise the “Total Tolstoy”. Both color and sound here encode certain information and animate the theater of visualizing data about Leo Tolstoy in the last few years of his life. The algorithm calculates how many times the words “I”, “We” and “God” appear in his diaries. Each word is assigned a sound frequency and its own color, they are mixed in different proportions, depending on the ratio and number of these words in the texts. By means of color, I better understand what was happening with Tolstoy.

The installation of the “Ideal Synchronization” begins with the study room of an imaginary post-Soviet scientist-engineer – with books, plants, factory clocks and battered walls. Behind the partition wall there is the cosmos, or rather, the star map of Carl Sagan (2) superimposed on the space of the room, where speakers and LED lamps on stands serve as the pulsars. Each pulsar has its own frequency.

Pulsars are neutron stars, orbiting somewhere in space and emitting a radio signal as they rotate. We (humanity) can track the radio signal when a star is facing us in its rotation period. Some of the scientists believe that pulsars can be taken as a more or less constant landmark in space, as a standard of time. Carl Sagan placed a map of the fourteen pulsars closest to the Earth on two Pioneers, interplanetary space stations, so that aliens could decipher this map and determine where the Earth is.

By moving around the room, you can collect and reassemble sound; I did it with my eyes closed – light quickly hurt (I also wanted a quieter sound). If you leave your eyes open, you can see: a banner curtain, painted linoleum on the floor (beware, you can stumble) with markings, old walls with a relief of plaster peeled off over the years, on which shadows from stands with speakers beautifully play. Andrey carefully showed how in a couple of days of the installation’s existence in the assembled form it began to complete itself, and each star showed its own identity with various glitches in the lamps.

I asked Andrey if he sees the rigidity of sound as a problem and how he relates the visual to the audial. He said that he tried to do a minimum of visual, but the elements of the installation seemed to pop up and stack. You can think of sound as a native, maternal environment that supports the artist and also dictates visual aesthetics and the use of materials; speakers on metal poles, soundproof fabric, on which in the “space” there are two sets of binary coordinate lines opposite each other designed to help aliens and us to determine the place in time.

Closing my eyes, I tried to get lost inside the “coordinate system” and drift through the “space”, but the light from the lamps brought too much clarity into the room. Andrey’s “pulsars” accelerate and turn off several times a day, but hardly anyone will spend enough time inside the installation to notice this.

Carl Sagan introduced the concept of “carbon chauvinism” about our blindness to possible life forms that are not based on carbon like we do. Placing a map of the sky on the Pioneers, placing the Earth in the center of this map, to whom did he address and when did his addressees exist?