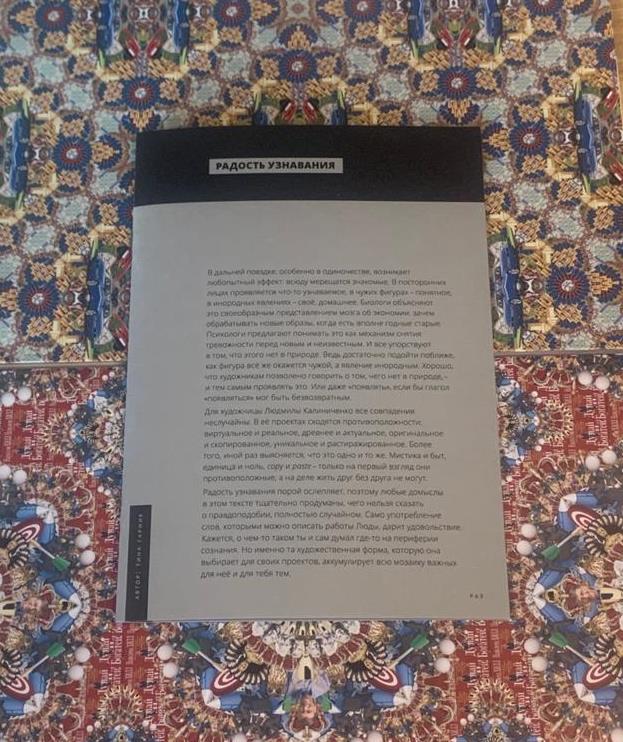 In early March, as part of the Art platform project, the Sinara Charitable Foundation announced a creative competition for critics writing about contemporary art. The selection stage was attended by authors from the Sverdlovsk, Kurgan, Chelyabinsk, Tyumen regions, as well as the Perm region, KHMAO and YANAO. Applicants were required to send a motivational letter and examples of their own texts. 20 authors from Yekaterinburg, Perm, Chelyabinsk, Noyabrsk and other cities of the region were selected from almost a hundred applicants. Now the most interesting thing begins: work on the appearance of texts about Ural artists who also presented their portfolios. 86 artists already known and beginning participate in the project.

Participants will have group meetings, interviews, presentations, a wide variety of tasks, as well as individual consultations in an online format. International experts in the field of contemporary art from Sweden, France, Switzerland and the Netherlands: Jonathan Habib Enqvist, Nadine Reinert, Willem Jan Renders, and Charles Carcopino will work with the participants in the online format. They will hold a series of master classes for participants, which will begin on may 28. Work on creating texts will continue until the end of the summer.

“The composition of critics turned out to be very strong and diverse. Many of those who sent applications are already quite active on the art scene in the Urals – for example, current curators from Yekaterinburg, Chelyabinsk and Perm. Some are students or recent graduates studying art theory and history, and many have a related art practice themselves. Some have published texts. Someone is interested in texts, but, because of his youth, he has not written about art yet, ” said the curator of the project Zhenya Chaika.

“Art platform” is a tool for dialogue with a professional audience, which will increase the degree of involvement in the artistic environment of Ural authors. The idea of the project is to speak the practices of artists through the external position of critics, which will allow artists to build their creativity more consciously.

According to Natalia Levitskaya, President of the Sinara Charitable Foundation, the project will bring together Ural contemporary artists who need critical texts, as well as authors who are interested in improving their skills in writing them. “In the course of the project, we combine several groups-young critics and modern Ural artists. This project gives novice authors a great chance not only to acquire expert knowledge from international experts, but also to get a good publication not only in Russian, but also in English,” Natalia Levitskaya said.