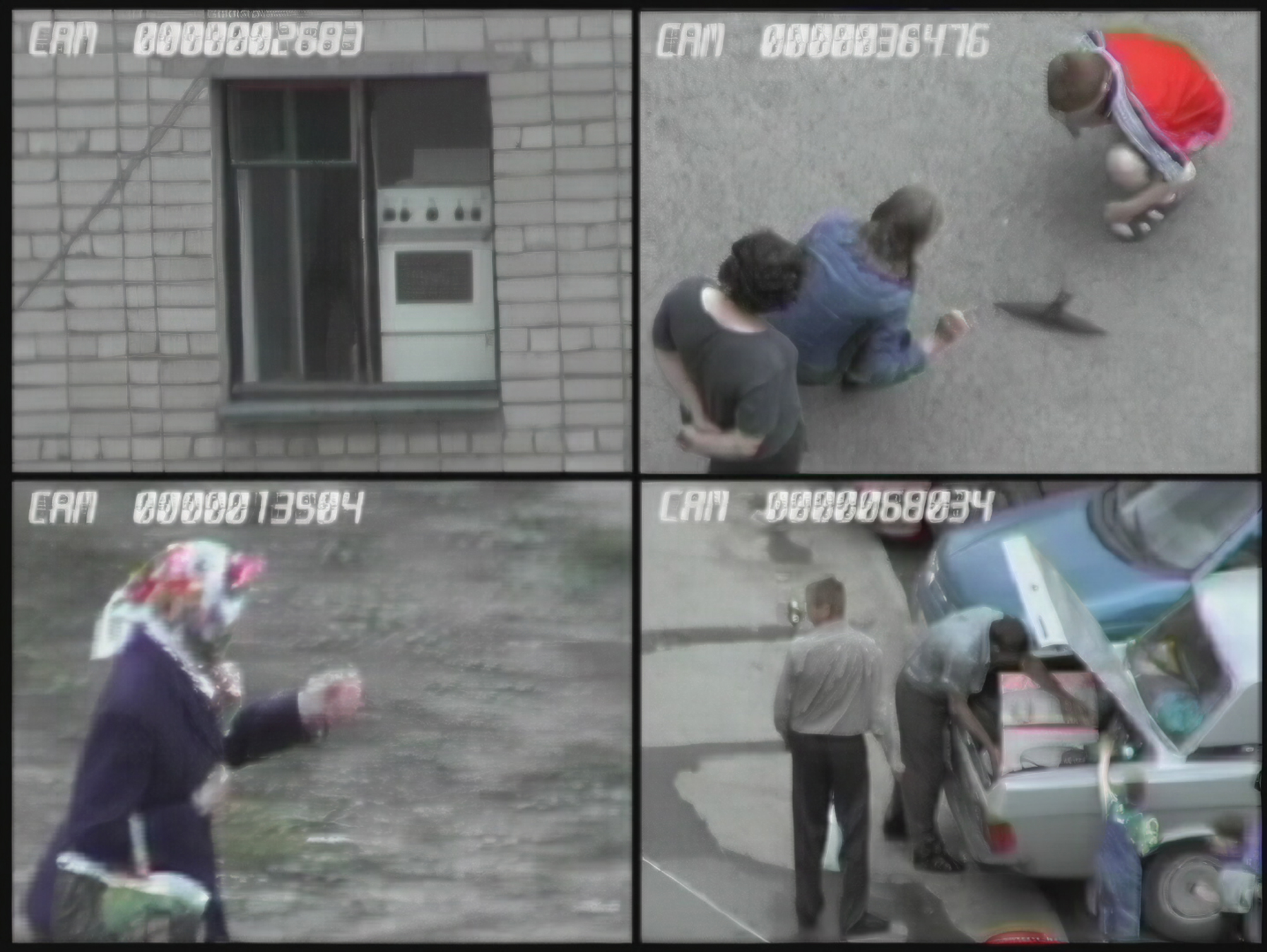 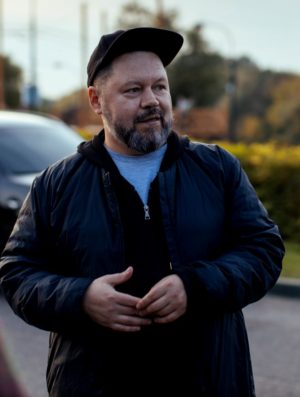 “I demobilized then – in 1993 – and returned to Tagil by train. We passed – for a very long time – the Goroblagodatskaya station, there were houses with kitchen gardens, not close, but at a distance from each other. I stood in the vestibule and noticed a picture: some old lady dragged a goat into the gate, the goat resisted and did not want to move. While the train was slowly turning around the mountain, I watched this scene, as in 3D, from all sides and kept thinking: what kind of woman was this; how did she live here on this slope; did she have someone else – a husband, children? Or was this goat the only thing she had left? And at that moment I realized that there was my world, and there was this one – a parallel one, which, in principle, I should not have seen, and now we converged at one point, and this collision changed something in me. Later, from this memory, the idea of ​​the «All-Seeing Eye» emerged.”

Then, an experience of participaty observation changed only one fate. As Vladimir Seleznev admits, this largely determined his decision to pursue art. The desire to observe and share the lives of others remained and took shape already at the college, at the department of Art and Graphics in Nizhny Tagil University. In 2003, the «Zer Gut» group – three Tagil graduates, who moved to Yekaterinburg and were the most famous young artists of the region at that moment – created the «All-Seeing Eye» video.

The screen is divided into four parts to imitate CCTV cameras. An ordinary street at Elmash. Some All-Seeing Eye focuses on random passers-by and formally presents their characteristics: date of birth, marital status, goals and true motives for leaving home. The descriptions of the people caught by the frame are based on the «Zer Gut» participants’ personal stories and are only partially invented.

The topic of the video is separation. For one character, a trip to get milk for a cat turns out to be a daily ritual to affirm life, another one manages to put an unsatisfied maternal instinct into use on the way, for the third character a walk ends at a police station. All these and many other people end up on the same street, but they know nothing about each other. They are limited to the frame of their lives and will never become the characters of someone else’s story that unfolds within an adjacent screen. The only one, who perceives the whole picture, and for whom human destinies are connected, is the All-Seeing Eye. The artist is the invisible eye that sees everyone.

As a person and as an artist, Vladimir Seleznev is interested in those people, whose life is reduced to a dossier and contact with whom is considered awkward. Lonely retirees, homeless people, isolated workers, children with autism, forgotten artists – all these silent passers-by are often forced to remain bystanders due to social constraints. In his works, Seleznev vanishes and makes them the main characters.

Sometimes they – the numerous others – are manifested in a work through direct speech, portrait photography or drawings based on it (“Borodino coal”, “Guards of the Biennale”). Thus, human stories literally receive face and authenticity, and in the case of graphics – physiology. It seems that any careless movement can destroy these images – erase a fragile pencil line or smear watercolor. In any case, the artist makes his characters almost monochrome impartially emphasizing their unnoticed presence in society.

Sometimes the others become immediate participants – they create works together with Seleznev. Cities are built from the rubbish of mundane life («Metropolis»), many new faces are assembled from painted self-portraits («Me and the Other Me»), and clichéd phrases gain back sense and volume («The written word remains»). Vladimir Seleznev often starts the dialogue that later develops independently, while the artist retains the role of a mediator who observes the participants’ actions and decisions.

Though, sometimes a mediator needs another medium to tell about his own self. In 2017, for the project «Media Cemetery» of the group «Where Dogs Run», Seleznev encapsulated an astrologer’s audio interpretation of his natal chart. Giving his voice to others, the artist is unable to narrate the story of his life. The All-Seeing Eye observes everything around, but is unable to see itself.

The hypostases of a mediator and a medium are combined in Vladimir Seleznev’s curatorial practice. In conversations, the artist mentions that when he designs an exhibition, he “sees its image, how the works begin to interact with each other” (like the «Park Volny» of the Cherepanov couple and the objects of the «Sever-7» group at the «Nemoskva is just around the corner» exhibition). The relationship of works becomes a form, unites in a polyphonic total installation, which was orchestrated by the curator. Whiles organizing exhibitions, Seleznev continues to solve personal artistic problems – thus in the row of famous names there appears a creator of wooden sculptures Nikolai Akimov, a pensioner from Vyksa. Akimov is on the periphery of even local attention (urban spaces refuse to showcase his works), but his voice is equal to other artists at the exhibition.

The «Taming the Void» exhibition is a transitional result of his curatorial practice, on the one hand, and reflection and interest in lost stories, on the other. The global external goal of the project – to outline the history of contemporary art in the Urals over the past 50 years – turns out to be personal from the inside. Seleznev admits that his desire to understand whose voices he inherited, who speaks through him and with him stimulated the search and communication with artists, who are little-known to the general public.

In the end, communication becomes the center of Vladimir Seleznev’s art. How can everyone be seen and heard? How to save each other’s stories? The All-Seeing Eye sees everyone, but the artist is only trying to manage to sketch all the faces and record all the voices. This process has no end and no specific tasks, but the goal is always a human being.